Just a quick reply. With the butchered ABS controller I'm going to see if I can sort a way of bleeding the ABS unit so I could do with a second hand unit if anyone reading this has one spare. I've found a few schematics on the web so this should be achievable. Dave

PM me and can send you some details of what we made. Butchered (vectra/Fiat) abs module and a box with 9 buttons (8 valves + 1 pump).

Nev you can use the speed sensor wire that feeds the speedo to set up boost in gear as a temporary fix, I use wastegate threshold in 1st and then a percentage of full boost in second that just gives wheelspin.

Thanks Dave, looking fwd to the full explanation

Some more detail of the noise filters. 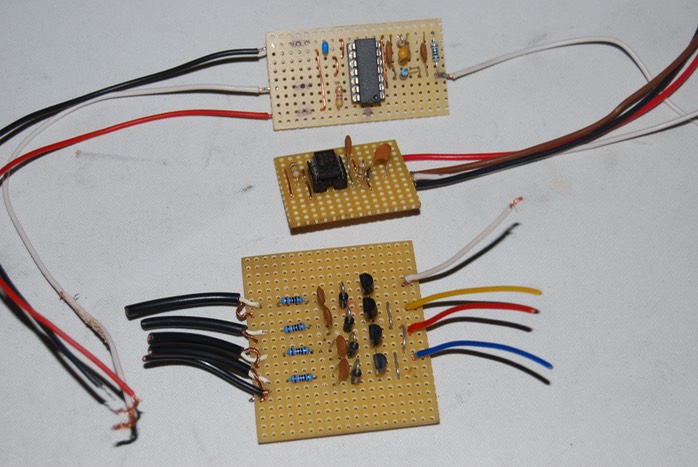 The bottom circuit in the pic is I would guess similar to what people use with the RL TC. I could only get it to work above about 7 MPH and its noisy. Its better if the ground is connected to the ABS ground but then it throws up an ABS fault.

The upper circuit uses a LM1815 chip which works much better but still noisy and this is a big problem with the Adaptronic as any noise even if small shows as a speed pulse and until a good strong signal is given from the ABS sensors the Adaptronic was showing speeds of up to 1700 mph at one wheel and lower at another which then causes a total cut in engine power!

The best results I obtained were with the MAX9924 which just needs a single wire to the pulse on the ABS circuit and to cut noise an isolated 5v power supply, it works from stationary giving a really good signal out. The big problem for me was that its a surface mount device and I had big problems soldering its 10 pins, I had one fail which threw the TC into full power cut mode so lost faith in using it. 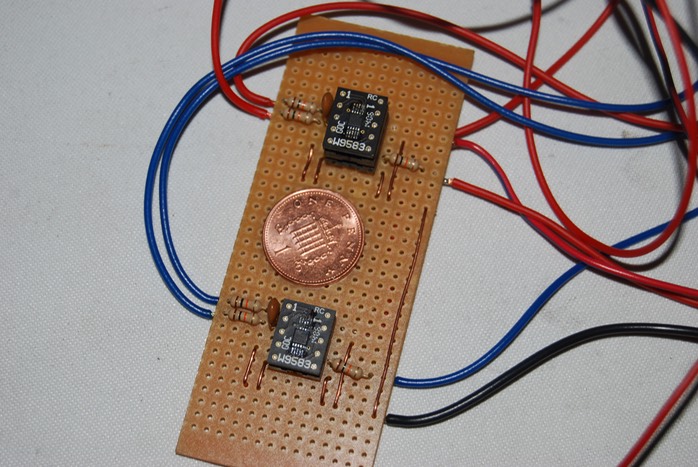 The final solution is a Siemens part 09 185 826. I could have saved over a weeks work of messing about had I known about this! Its used on older Vauxhalls and works perfectly from stationary upwards. The signal inputs are isolated from ground so no ABS faults. This unit has been superseded, it still works but not from stationary a signal is only given out above about 5 mph which is fine if the minimum speed in the TC setup is set above this.

The device plugs into a relay base. 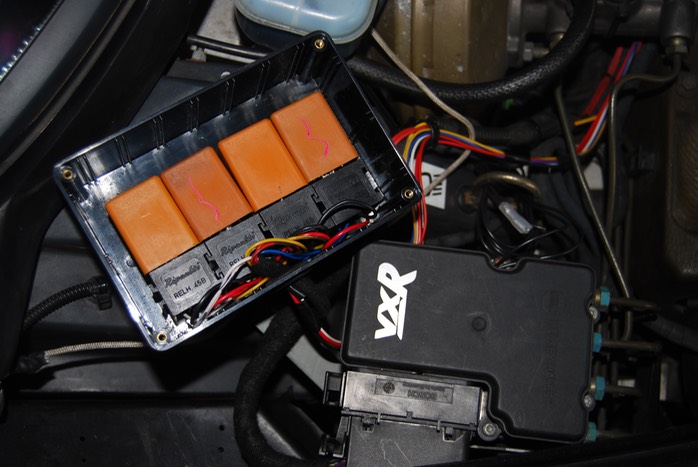 Above shows these mounted in a box connected into the ABS loom.

Having made a completely new Engine Loom that plugs into connectors X2 and X3 OP Com no longer works with the Airbag and ABS.

To overcome this I just have to connect an original ECU with the relevant connections made to "fool" OP Com. 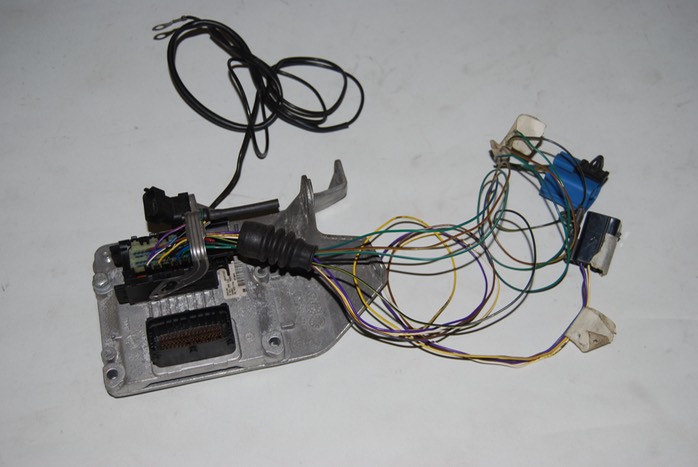 Many thanks for the info/part numebrs on the TC stuff Dave. I will either be looking into this as a winter project or more lazily asking Chris to fit and install it. Thanks again for sharing this, I appreciate the amount of fiddling it must have taken to come to your final solution.

Here's the add-on filters that Racelogic use 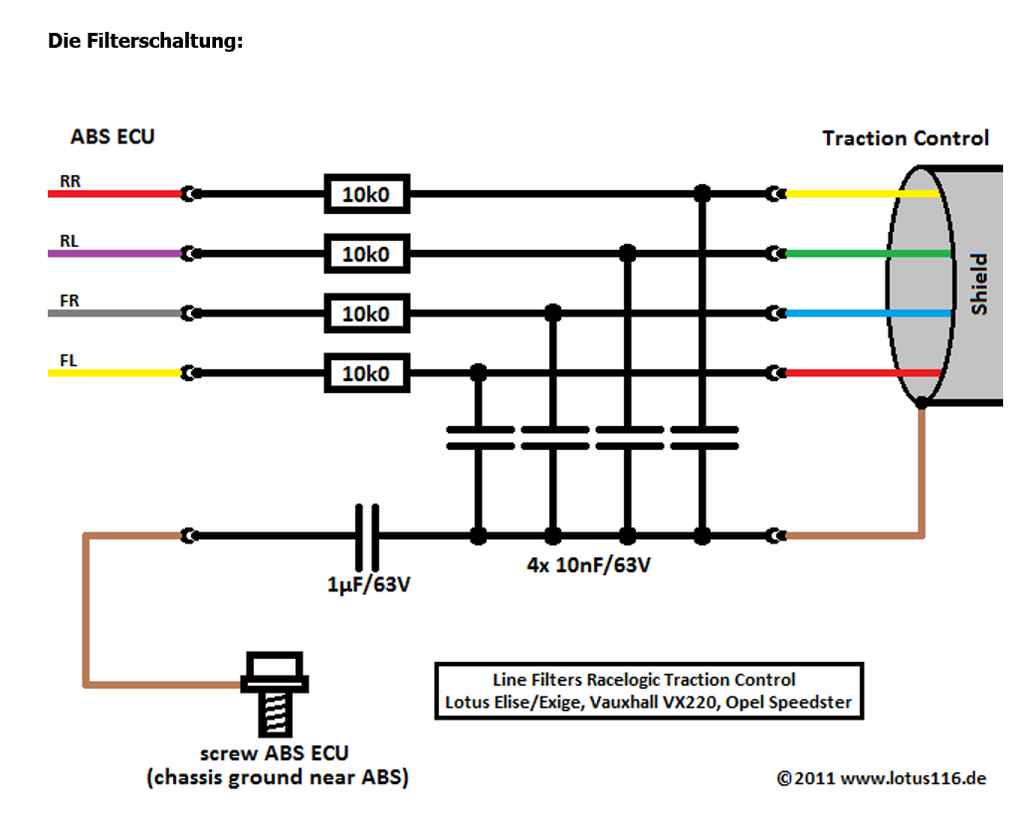 A little update. Car is running very well with no issues! I have fitted a new pair of AD08r's on the rear... I have also had a bit more of a play with the traction control parameters and also fitted a "Spitfire" Toe Link kit. 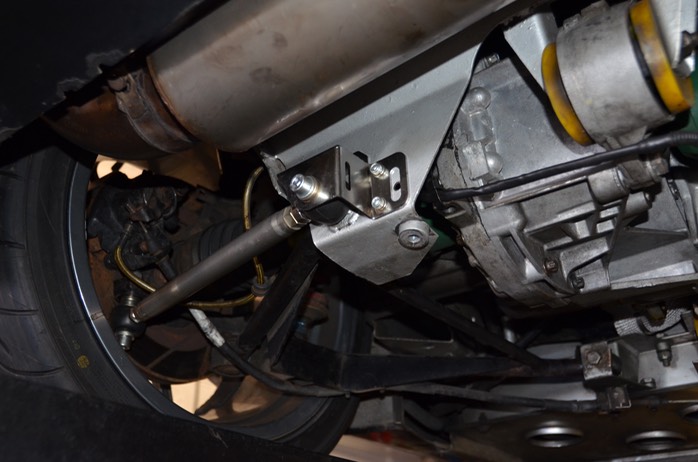 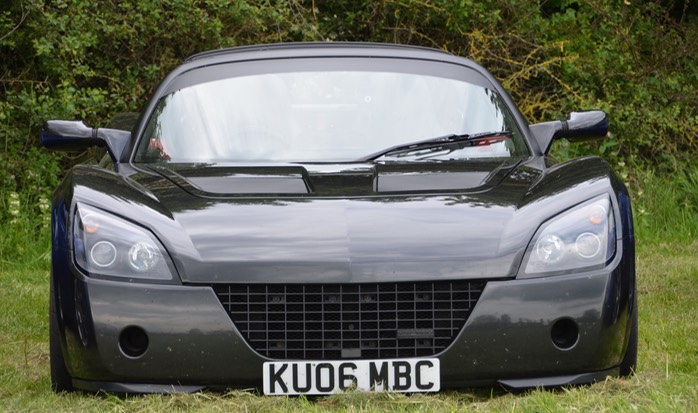 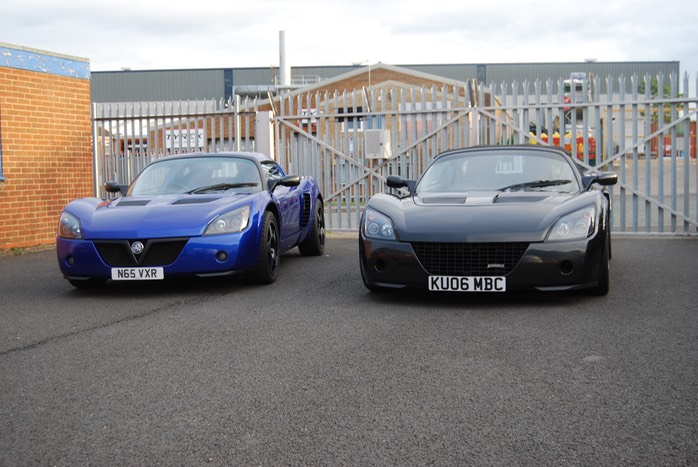 I still say that having 2 VXs is greedy ! LOL

How on earth do you decide which one to drive ?

Does anyone know what happened to this car?

Does Dave still own it?

Front clam is now back on and I have made the heat shied for the turbo, this is made of S/S and mounted to the bulkhead there will also be a section mounted to the engine. 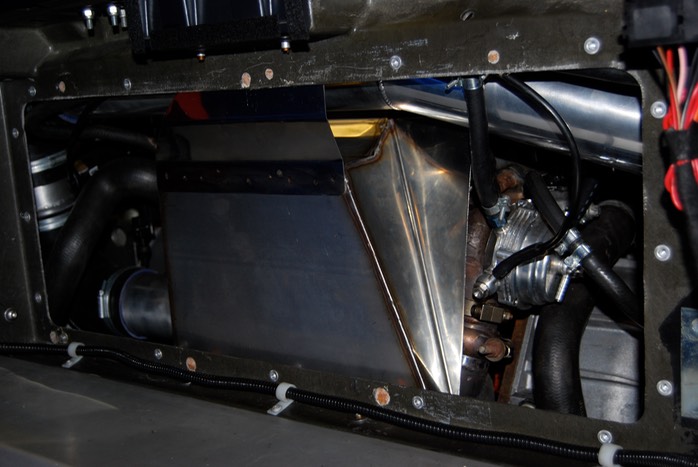 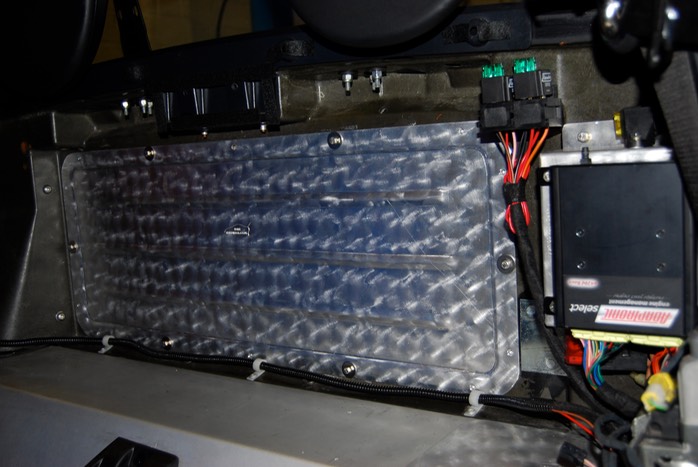 I have also bound the loom up with a fleece loom tape matching the original. 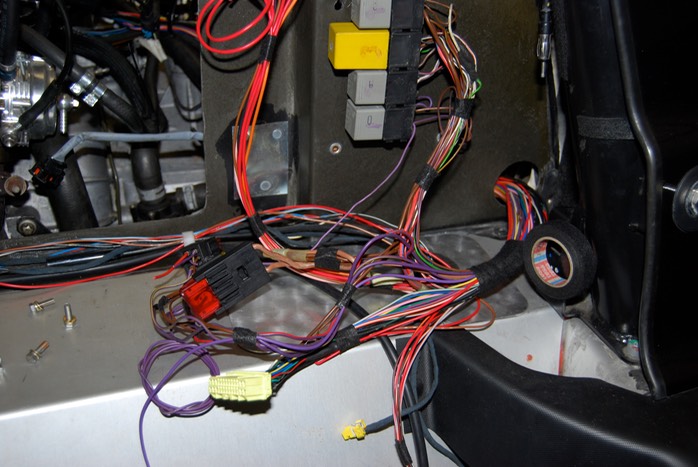 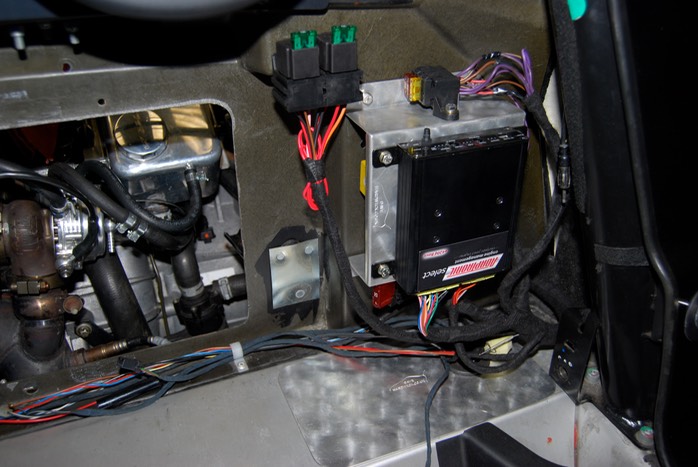 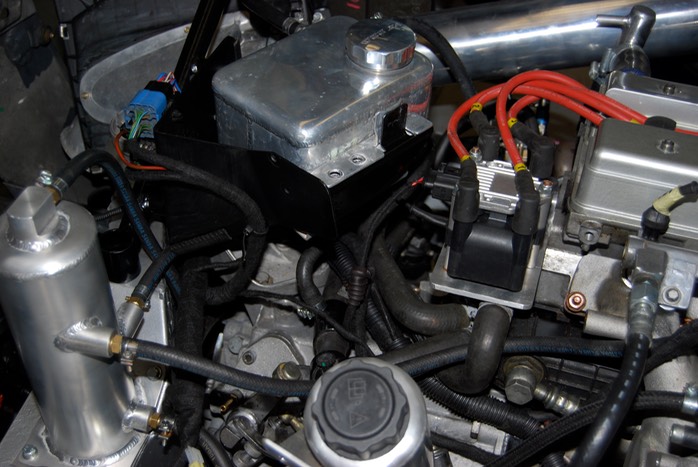 can you have the speakers in with this electronic installation?