New T7Design Heater For The Vx220

230 replies to this topic

I thought it's suitable to ask it here but let me know if it's not. Have you all installed it yourselves? I am interested in buying the above heater but I don't have the knowledge to install it myself. Do you know the approximate cost for this installation?

It depends on how handy you are, I didn't find it particularly difficult as it bolts in as a direct replacement and I had already had everything in that area in bits the year before so it was all in tip top condition.

However, as with any jobs on these cars its the things you'll find on the way, such as having to remove seized screws that are spinning their rivnuts and the like so be prepared.

Anyone else had the heater fitted? Feedback?

Did I read somewhere that someone had done a mod on the cable which meant it was not necessary to remove the dash to replace it?

Just to let you know I have now sold my VX so will not need the heater I reserved which means you can release it to another customer,

Warm winter to all new users

hey guys, has this one been grabbed ?

Hi Chris,   Just to let you know I have now sold my VX so will not need the heater I reserved which means you can release it to another customer,   Warm winter to all new users   IRobut - No15

hey guys, has this one been grabbed ?

I think anyone can order directly from their site now: https://www.t7design...heater-kit.html

Yup, have done just that!

For anyone interested, I have taken a good six hours this afternoon to put my T7 heater on. Some observations :

- The hole for the M4 or M3 screws in the upper plate of the heater were too tight, and the screws were trying to thread the hole. Had to deburr them a bit and it was fine.

- The threads for the same screws in the brackets were gunked with some of the black paint. Think of running the screws in and out of the threads once or twice to get them good.

- Mine did not come with pre-cut tubing, instead I had two 200x200mm L-shaped tubes. So I had to cut the elbowed section and the straight section out of those.

- From the same L tubes, I replaced one of the original pipes as well, to make it shorter.

- The assembly sequence that worked for me was :

- General observation is that this fan blows so much more than the OEM one !

- Still have to use my cheap eBay trumpet on the dash air intake...

- Haven't fitted the tubing yet, but it should be fine !

I have taken loads of photo, so if anyone wants some (including of the things not to do...)

For those of you enjoying a more refreshing blower experience with your T7 or Fez heater, well done.

I've swapped out the original T7 heater for one of the black ones, it probably went in a bit easier than most as it was largely a like for like swap except for the cable and took me about an hour to do and another two hours doing other jobs I found while in there

Once the pain of removing the original heater and battery is out of the way, the two brackets are fitted as below. 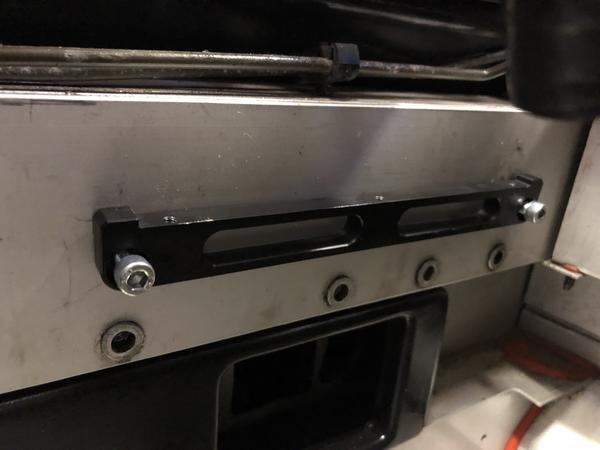 The furthermost rivet on mine was blind and I couldn't clear it all the way through with an m6 tap so I had to shorten the stainless screw to allow it to fit. 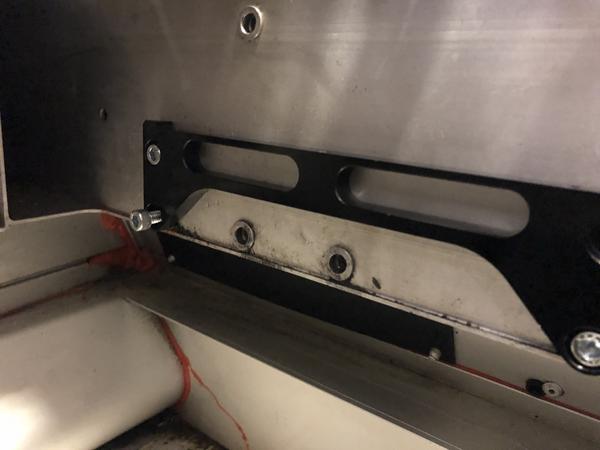 The back alloy bracket lines up with three rivnuts, which ones depends on whether the car is LHD or RHD.

I did not find the wiring particularly difficult, cut of the cable and fit four spades then plug into the Spal plug. then add the supplied heat string and cable cover (not shown). 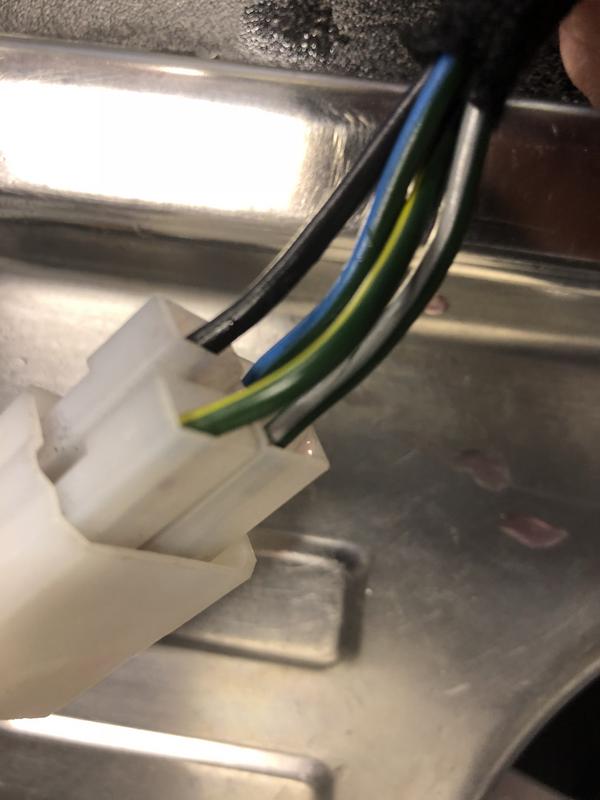 Next, after a bit of twisting and turning to get it past everything, the heater 'drops' onto the brackets and slides to the back.... 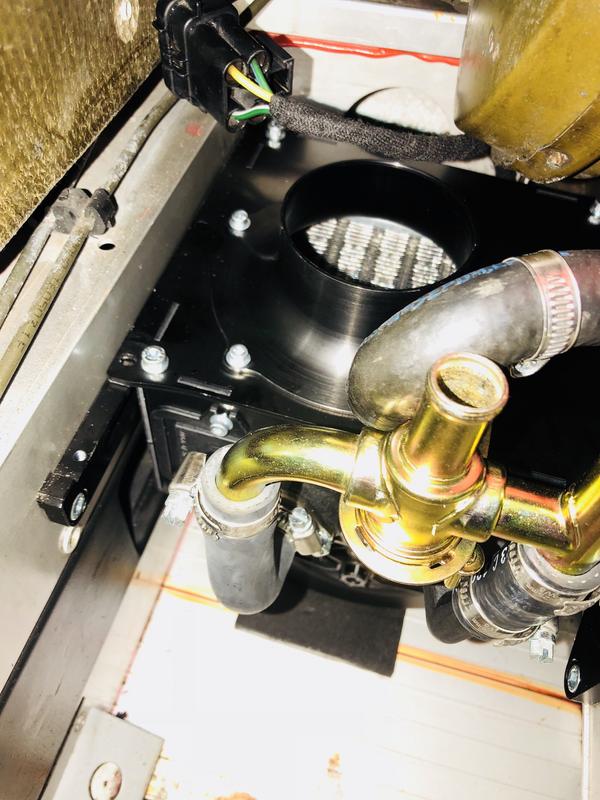 ...this lets the battery go in after which you slide it back into place and bolt it down. As someone else mentioned I could only get five of the six screws in because the servo was in the way, but its not going anywhere. 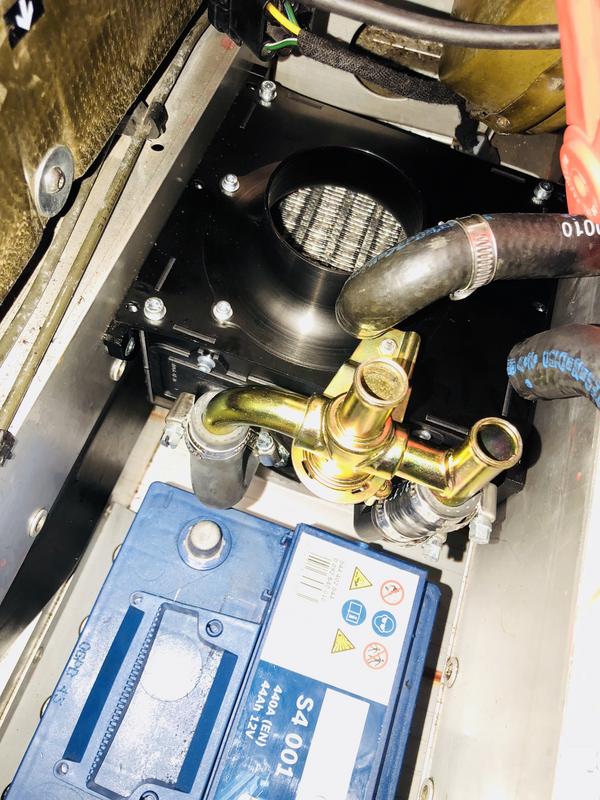 The original heater did not need a longer cable as it sat differently but could only be used in a RHD car. For this one I popped all the panels, switches and radio out, then lifted the dashboard top off. I attached the new cable to the old cable with a cable tie, split the rubber grommet to make the hole bigger, and pulled it through the same hole into the front of the car... 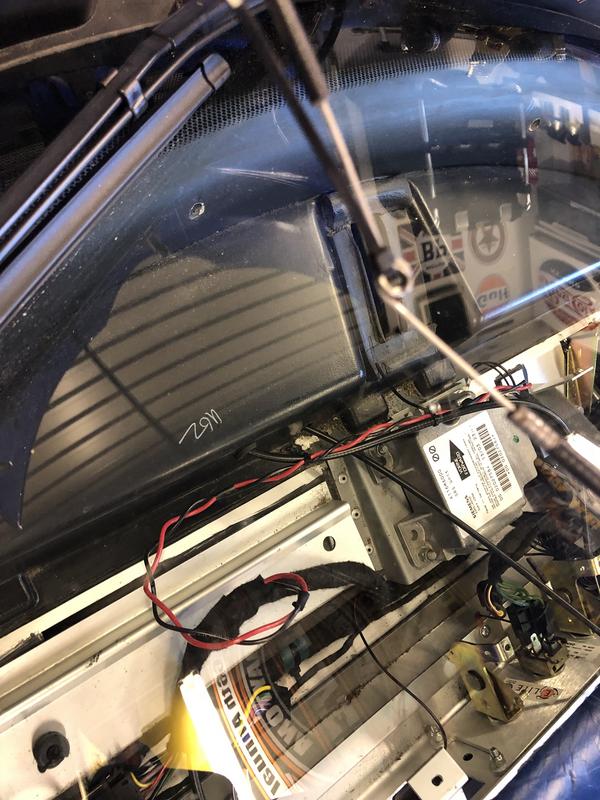 ...then refitted the grommet and attached the other end to the heater. I found the screw for holding the cable in place on the valve was a pita to get at so I drilled it out and fitted a stainless nut and bolt instead that I could access from above. 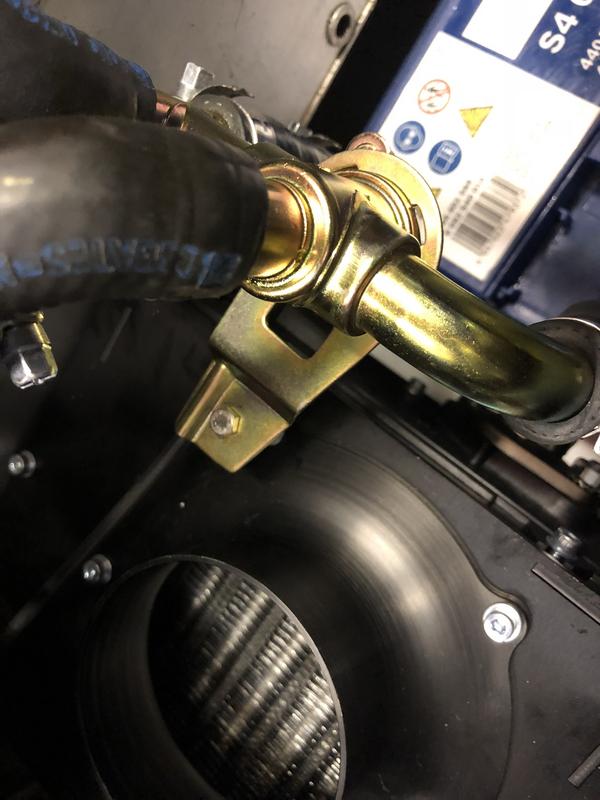 Its not anywhere near this powerful, but a whole lot better than the original even in hot weather.

I'm just coming around to installing one of these...

Just to confirm, i'm cutting off the red circled plug, installing the plug supplied as per the wiring instructions (photo attached)

Want to get it clear in my head before I go cutting wires..(I Hate wiring

Also, could someone please clarify the part about drilling out the threaded cable hole clip...

I can imagine what it means, but I don't have the bits infront of me..

I had the car Infront of me this evening..

All made a a lot more sense regarding the wiring...

Haven't done the cable behind the dash or reinstalled the battery yet but so far seemed pretty easy and logical installation..

Back to Group Buy Room

0 user(s) are reading this topic