51 replies to this topic

Cheers. Got a few pics up now. Just ordered a Coolex Rad and new fan, should have that on as soon as the weather sorts itself out! 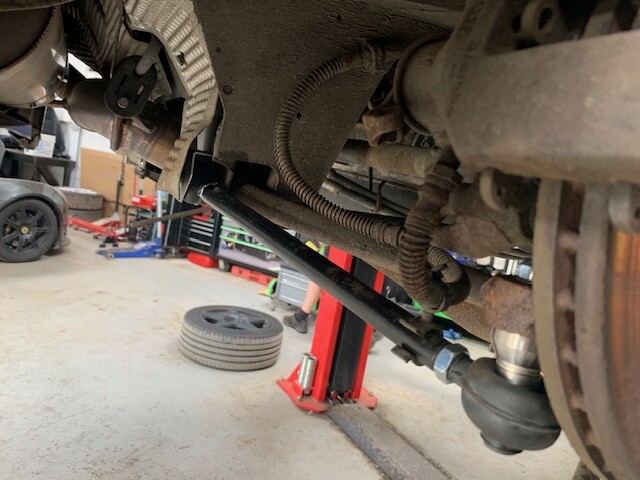 Also did the gearbox breather mod

What a day. Took the car over to my Dads, my brother turned up also so we had three sets of hands for the job of changing the rad. Other stuff we had:

Full set of new fasteners for clam and rad surround 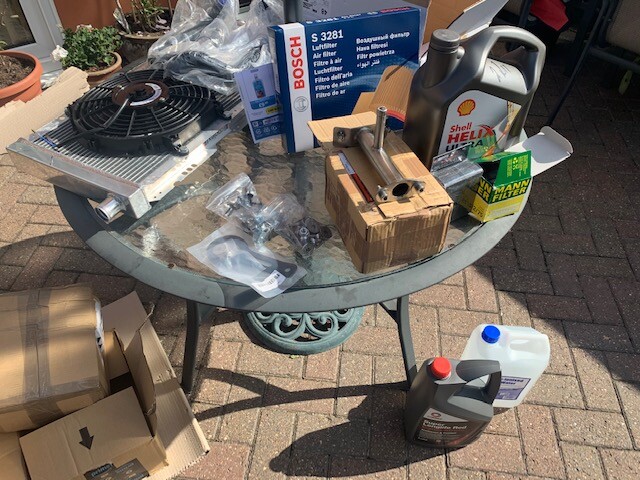 So a pretty penny spent.

We only managed to get half the stuff done thanks to two little bar steward allen bolts that hold the clam on to the door sill. Both rounded off due to being tightened at the factory by the Hulk. So had to dremel them and grip them to turn. Even then the retaining nuts just spun underneath. Spent about 90 minutes messing about with those two stupid bits of engineering. Without that we could have had the front clam off in no time.

Anyway it did come off in the end 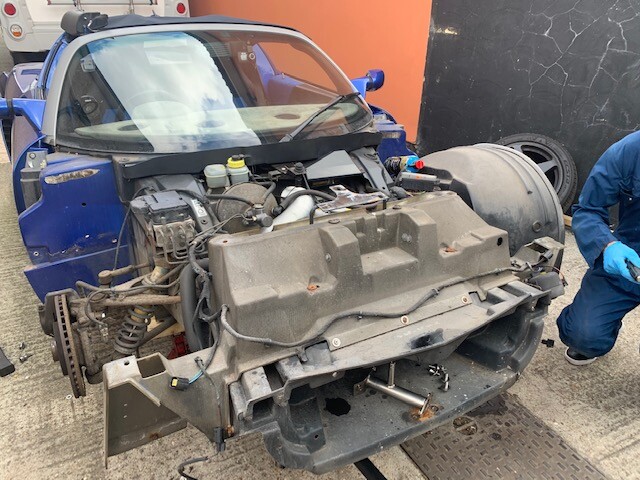 So quickly put the Type116 front tow post in, took a little fitment as the holes in the post didnt line up with the shell but its in there now Then we popped the rad shroud off and took out the old rad. The coolex was a perfect fit really impressed

Shiny new fasteners for the clam and shroud 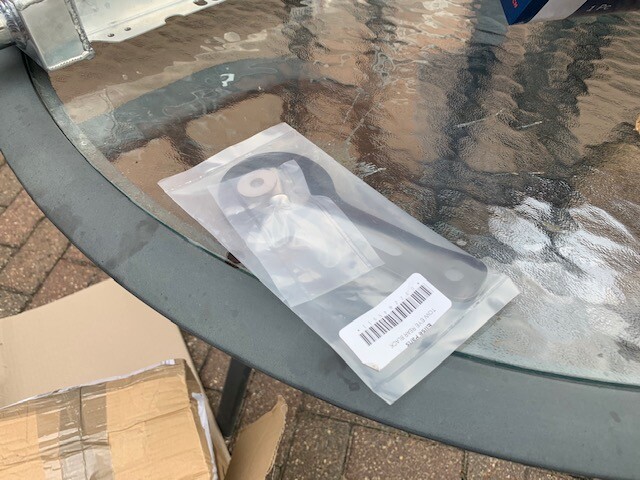 And all back in place just in time for tea 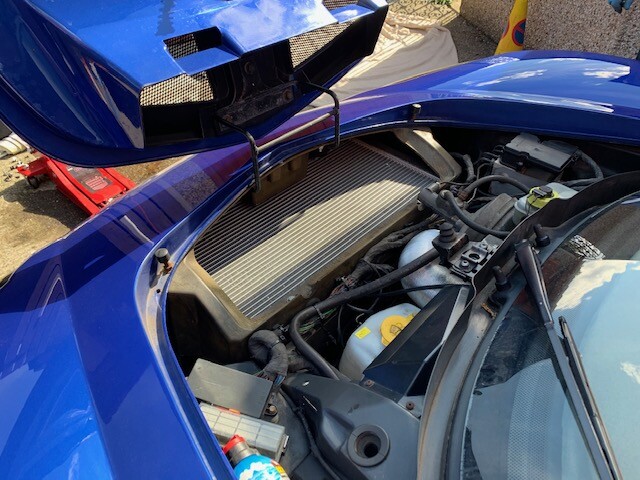 The rad hoses that came off were in pretty good condition, the rad that came off (a plastic end OEM one) had a very minor leak in the corner, a touch of red dust present.

Very happy with the work done, even though it was a pain in the backside thanks to two little bolts.

out of interest, which holes were the ones which didn't line up, if i need to change something in the jig it would be good to know.

out of interest, which holes were the ones which didn't line up, if i need to change something in the jig it would be good to know.


You mean the tow post? It was the ones at the top of the post they don’t line up with the existing holes so had to extend them to fit.

The top centre one should of been ok, was it the angled holes on either side?

The crash box didn't have any holes holes on the angled part when i mocked it up so decided to move them slightly forward as to get a good surface area to grab, its a bit of a weird shape as its angled and then tapers backwards. As far as i can remember the vx one has the 1 hole at the too, the elise’s have 3.

Sorry Chris didn’t put two and two together there! Yes when I took the clam off it already had three holes in the top. The two either side on the post were a bit further back than the holes so we ground back the holes in the shell to line up.

Maybe crashbox been replaced in its life with an elise one

Maybe crashbox been replaced in its life with an elise one


Definitely not, mine is the same

Sorry slightly confused, are you disagreeing with yourself?!

Mine has 3 holes too and the crash box has never been replaced ...

Sorry slightly confused, are you disagreeing with yourself?!


He means that his crash box is the same as yours.
So we are 3 with pre-drilled crash boxes

So due to the extra time needed to do the rad last time around finally got around to doing the oil and air filter - pretty straight forwards, the exceptionally pretty Mishimoto Oil Plug was already in the car before I took this photo 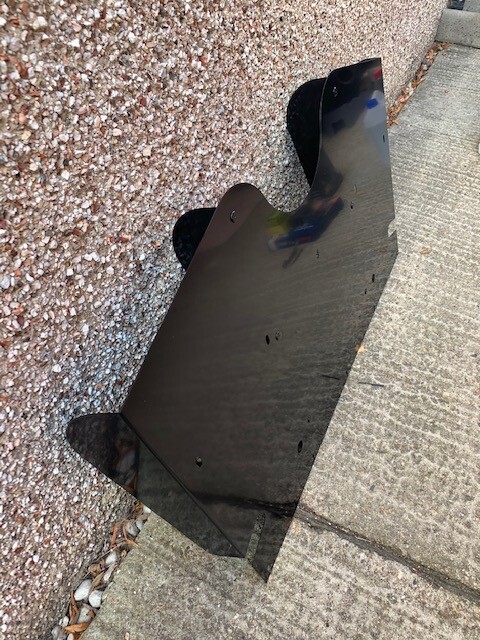 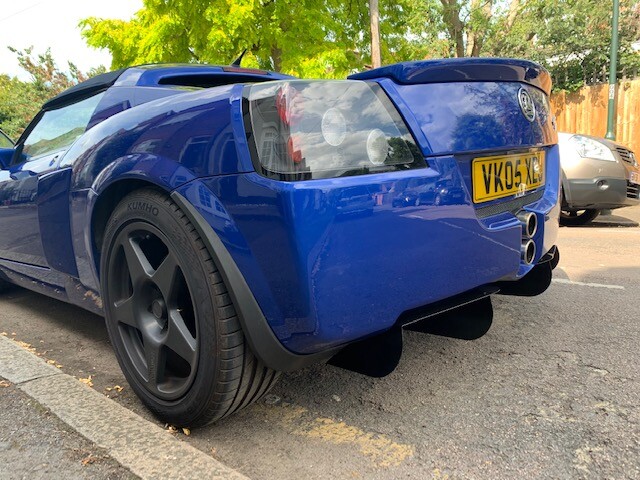 I had the windscreen surround wrapped in black but noticed now just how grey the dash is, its wrapped in an alcantara type material and with all the other black and blue going on it had to be sorted out. So took the dash out along with the binnacle and used some black suede dye and the results am very happy with! 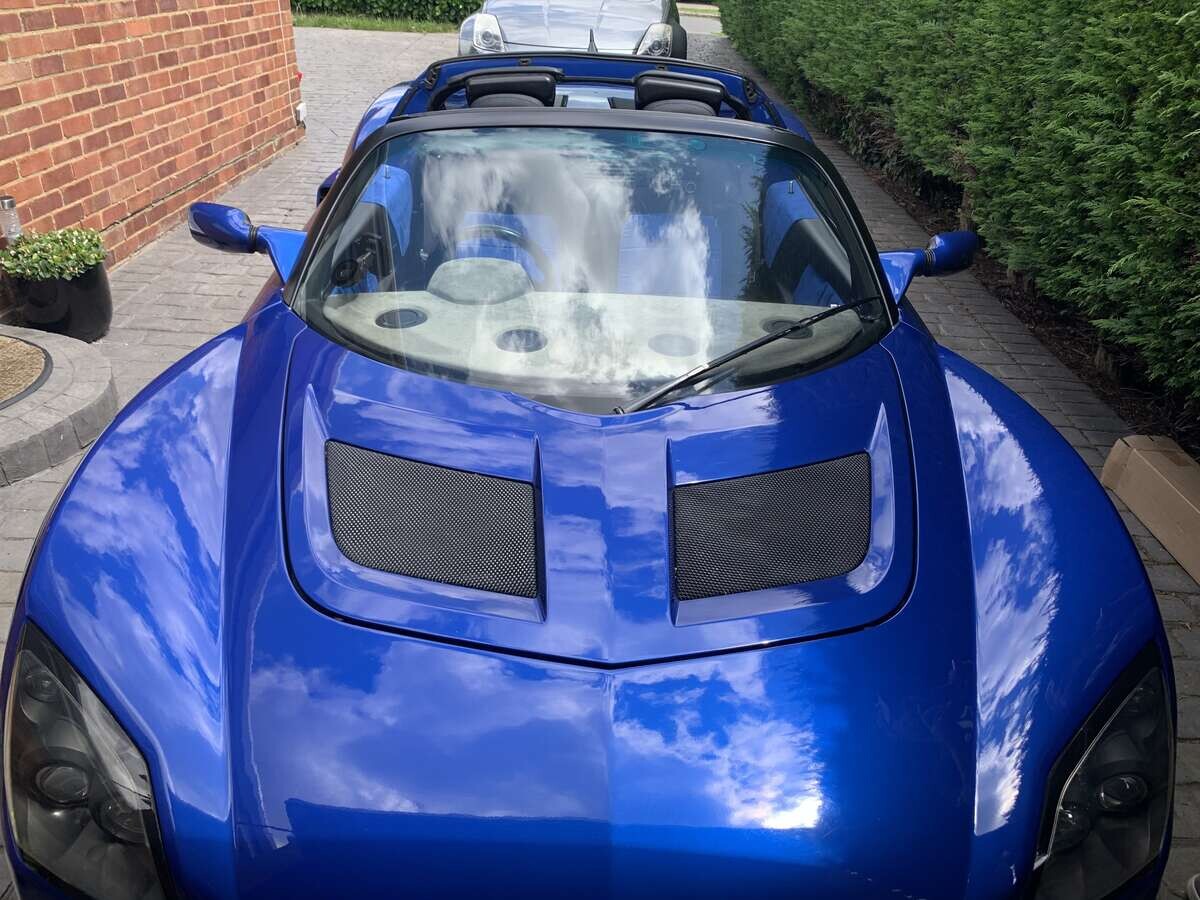 Dash out and vents removed, took a fair bit of prep but cleaned it up and brushed the material in one direction Then got it back in the car, was a bit of pita getting the screws in the brackets are in a ridiculous position through the cut outs in the dash but got there in the end 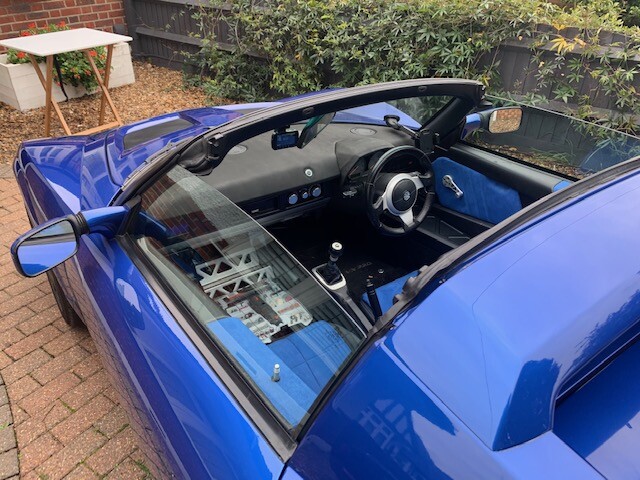 Looking good. What tyres are you running and what do you think of them as its coming up to winter and I'm sizing up options. 400 bhp on cold roads...

Mine is 225bhp I have Kumho on. To be honest I drove it around fine last winter but I live in London so we don’t really get the snow and ice other parts of the country get

Thought I would update this page...

Resealed headlights, just bought some butyl tape £8 for a whole load of it off Amazon (seemed crazy spending £15 plus postage on Elise Parts its the same stuff) and did both front lights Had the talented Ross Hogg Robinson retrim my steering wheel, I added a momo badge as well to the centre. I have a Momo Air gear knob too so it all matches up. Ross also supplied me with gear and handbrake gaiters same black with blue stitching - car looks new inside, its exactly how I wanted it The gearbox breather mod I did, the ebay filter was going a little rusty so I picked up a plastic option and changed that over

Interior Mirror change! Fitting a smart car mirror with a minor bit of dremmeling, note that the mount for my mirror is a ball and socket mount that points directly down. Some earlier VXs may have a ball mount that is designed to go in to the back of mirrors not the top. Nice carbon gear stick cover! It feels brand new inside and is a pleasure to be in when driving!


1 user(s) are reading this topic