Heya! I've owned my yellow go-cart since late last autumn and was able to drive it around a bit. I always have wanted to work on my vehicles, but haven't had the space nor the courage to do so. After all, all my previous cars have been my only cars. If it's not ready to go to work on Monday, it's an issue. That has put me off massively in previous times.

Luckily I was now able to get a Speedster Turbo on a rather good deal as my second/toy car and got the opportunity to store it in a place that is fully accessible to me and I can therefore work on the car long-term. So, commence research! After I had been able to put some km's on the car last early winter, I knew what I needed to maintain and what I wanted to upgrade as the car was not owned by a track-day enthusiast like me previously and a lot of basics needed updates.

Onwards to do the mentioned research. In the previous 12 years that I've been able to be a starting-up-car-nut, I've been "designing" the work and mods that I wanted to do on a vehicle and then let a garage do the lifting for me. I've gone from a RS Clio, to MKV Golf GTI followed by Evo9 that I converted to E85. All of these had been manual, but I got married and needed to change to an automatic. The next one then was an 3.2 quattro Audi TT with a DSG box. Which as a convenient vehicle lasted for an astonishing many years. It got cams + other suspension mods, so it was actually surprisingly good compromise. That I then exchanged to a manual BMW 135i which I still have as my daily, but now with hybrid turbos, flex fuel and +500hp. That is by far the most I've ever modified a car and I was extremely happy to where I got it with upgraded bushings, suspension, breaks, etc. But boy does a 500hp engine generate heat. After lap and a half the car was ready to cook.

Which brings me to a Speedster then. I had always had my eyes on them, but had forgotten them for a good while. Then a friend of mine sent me a link of a yellow sample being sold, and at the cheapest turbo in EU it did pique my bargain-hunting interest. After a test drive and quick napkin math of parts that I needed, some negotiations were had and I drove away in the Turbo.

After driving a mates 400 series lhd Caterham, I knew I wanted something of a similar driving experience, but with a tad more Finnish usability. And here we then are.

Brakes have received an overhaul in misc wearable parts, pads, discs and liquids. All fluids will get changed out before next season, somewhat obviously. So does ignition. Basic maintenance items. As I love an upgraded suspension on my cars, I wanted to try something different this time. I did some research and found Hoffmans shop who specialize in Elises. They were happy to help and listen to my driving conditions and ability. I ended up purchasing a one-way adjustable 46mm Nitron setup from them that I can't wait to take for a spin.

The included 17" wheels will receive new AD08RS rubber all around. Rear toelinks have been swapped to beefier units with brackets - installing these due to the VX's rear was a pain. I've just last Wednesday installed new side engine mounts and am now trying to find a way to do the front and back inserts. Perhaps if I disconnect them both at the same time and support the engine from one end, I can tilt the engine so that the mounts clear and inserts can be installed? Or do people usually take the mounts completely off anyways, one by one?

The car did have a original diverter valve, which got uprated to the Courtaney Turborsmart variant. It also has an upgraded radiator and I was unable to make it overheat even a tad during trashing. So here is for hoping during the summer. A basic stage 1 map seems to be in as the boost hits around 1.1bar at peak.

Last major piece to be installed with the last engine mount inserts is InoKinetic's shifter that I found used in UK. It's not designed directly to VX's, but I suspect that getting it to work is trivial. Let's see in few days when the kit lands.

Steering wheel is being resurfaced and the leather seats I swapped over. The second one was practically new after fifteen years of not being used. Yes, I miss the adjustable lumbar, but that is small price to pay for a comfy bum.

Windows don't rattle anymore and the interior has been overly refreshed and some blatant squeaks eliminated. I don't even think that I could get this to be "silent"

- just the few major ones that are easy to reach and deal with padding or greasing up.

Thanks powering through that wall of text! 'll be reading through a lot here and will ask stupid questions from time to time. As it should be. 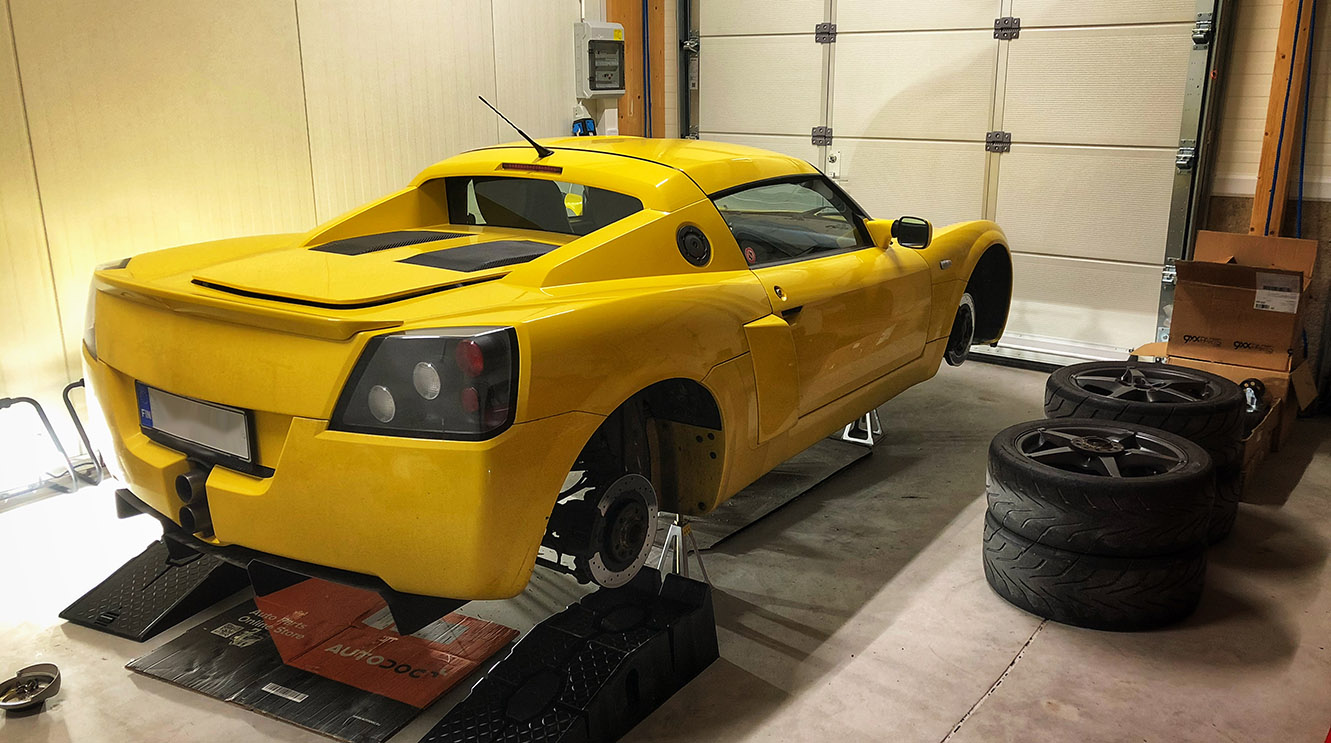 Back to Introduce Yourself - Newbies & Forum Guide