51 replies to this topic

I had a Calypso NA a few years back, I didn't tinker much with it, sold it and had an R33 Skyline and a Celica GT4 in the meantime. The itch of a VX couldn't be scratched and as the Celica made its way off to a new owner in Ireland I was straight onto the internet searching for a VX. At first I thought it would be another NA, but I saw a lovely looking T on facepack and I was smitten.

There were a few jobs I knew I wanted to do on it when I bought it, but more on that later. In any case, wanted to keep a log of my tinkering on the forum. It wont be a big power project or track focused car, just one I want to make as pristine as possible.

Anyway, onto the pics!

How she arrived having driven it 2 hours back from Kent including through a hailstorm! 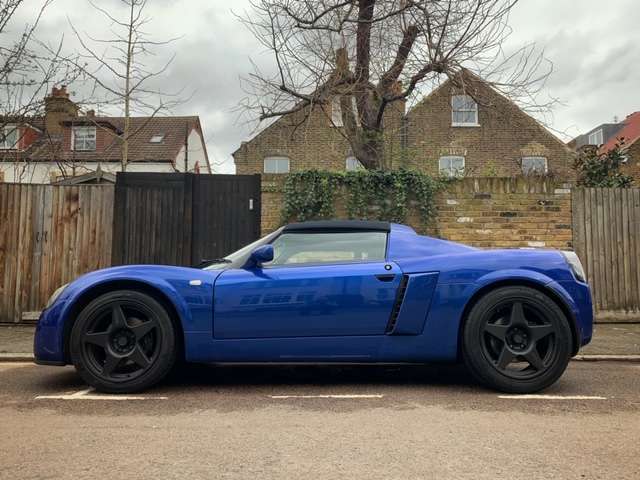 Being a fanatical car cleaner, couldnt resist a polish and clean up. Decided on pulling out my Bathe+ shampoo Scholl Concepts 20 polish and Soft99 wax to seal it all up after an initial all over clay. 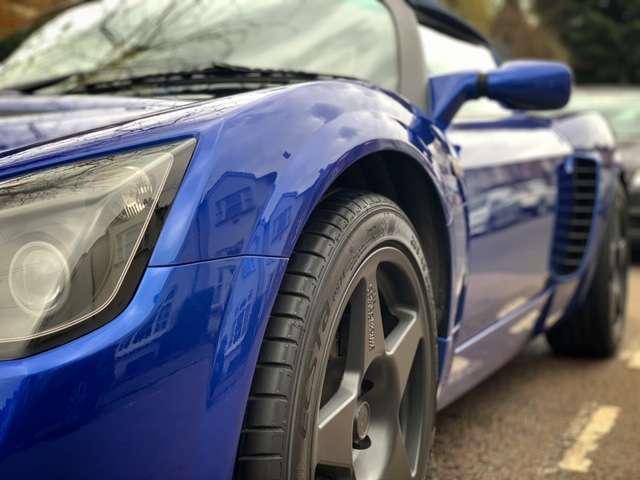 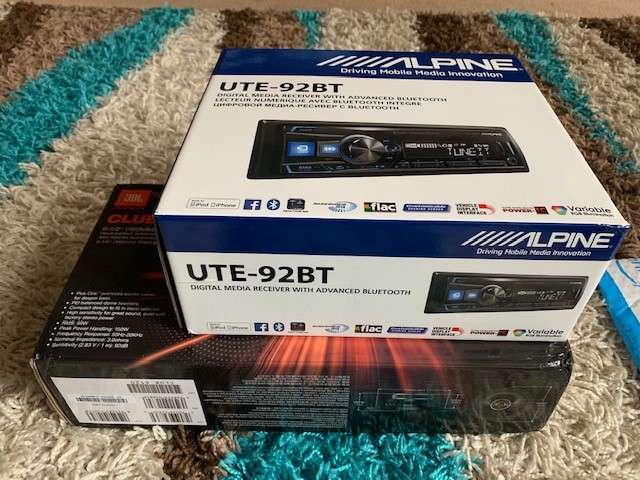 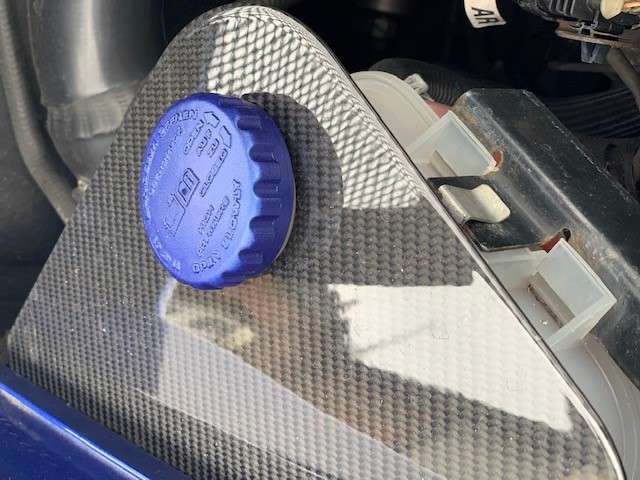 Now, the polarising decision...I know there are fans of beige out there, but it really wasn't for me and seeing this each time I got in, well it had to go. The leather was wearing on the drivers side, padding had gone flat and had the inevitable bolster wear so was due a change anyway. I then happened upon a conversation with a chap called Ross on facebook and after some idea bouncing I settled on a final re-design.

The photos I got during the rework were a tease... 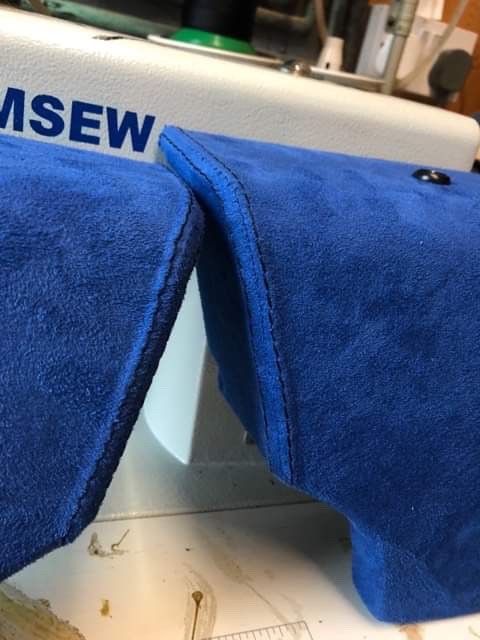 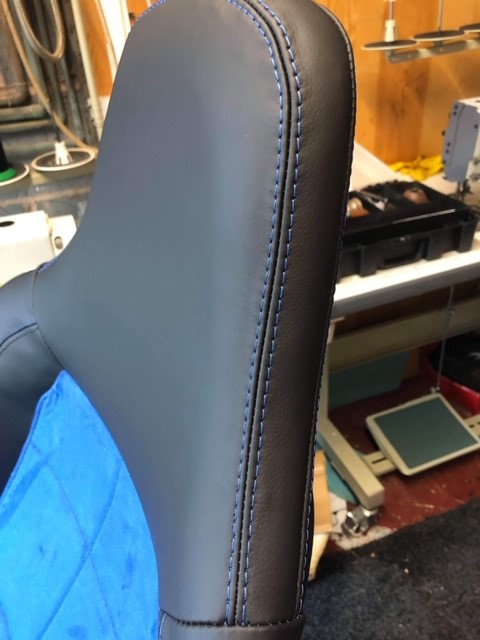 Whilst the seats, infills and shoulders were off up norf I got to cleaning out the car, also installing a carpet set from Fred on the forum 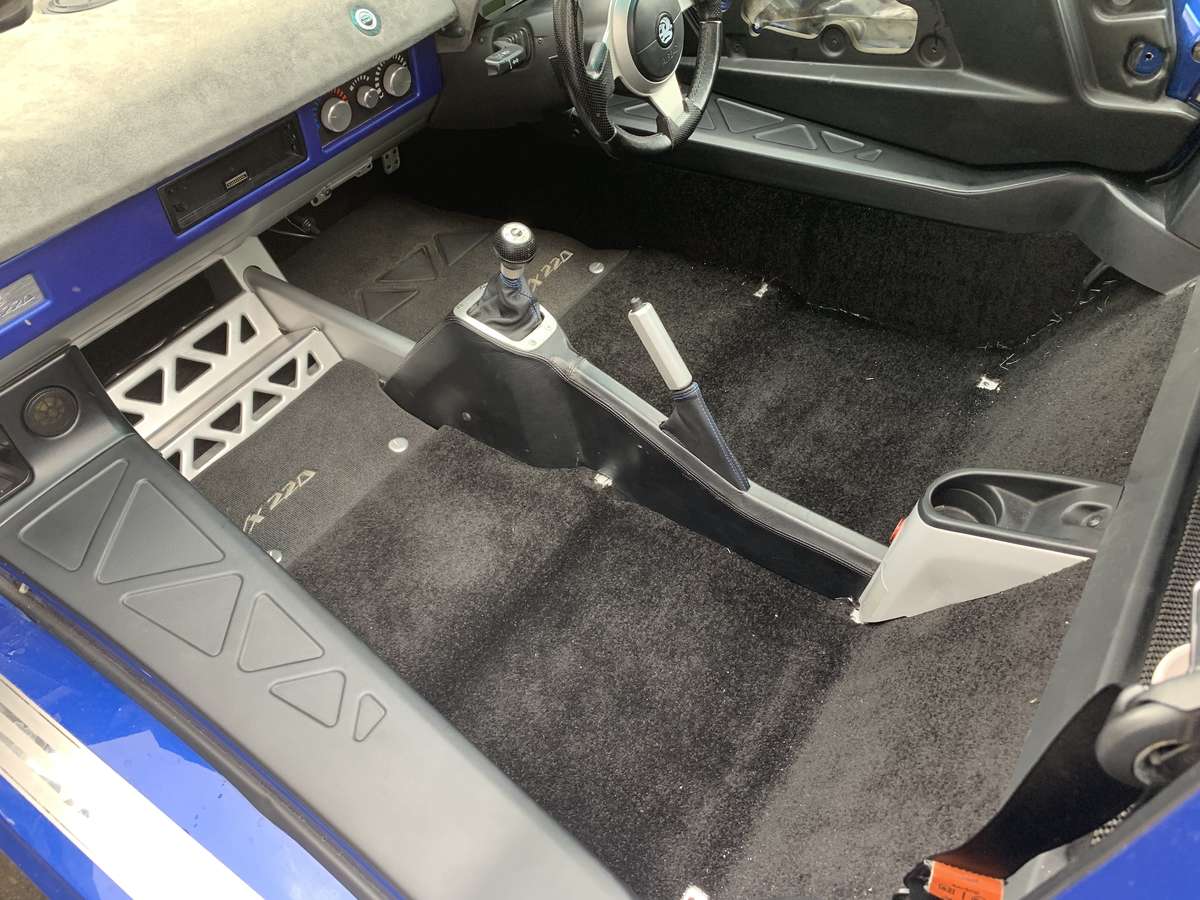 Also in the photo I took the chance to install new gear knob and handbrake gaiters, again supplied by Ross.

Then last Friday, the package arrived back. It took less time than I thought to get everything back in. But was delighted with the final result 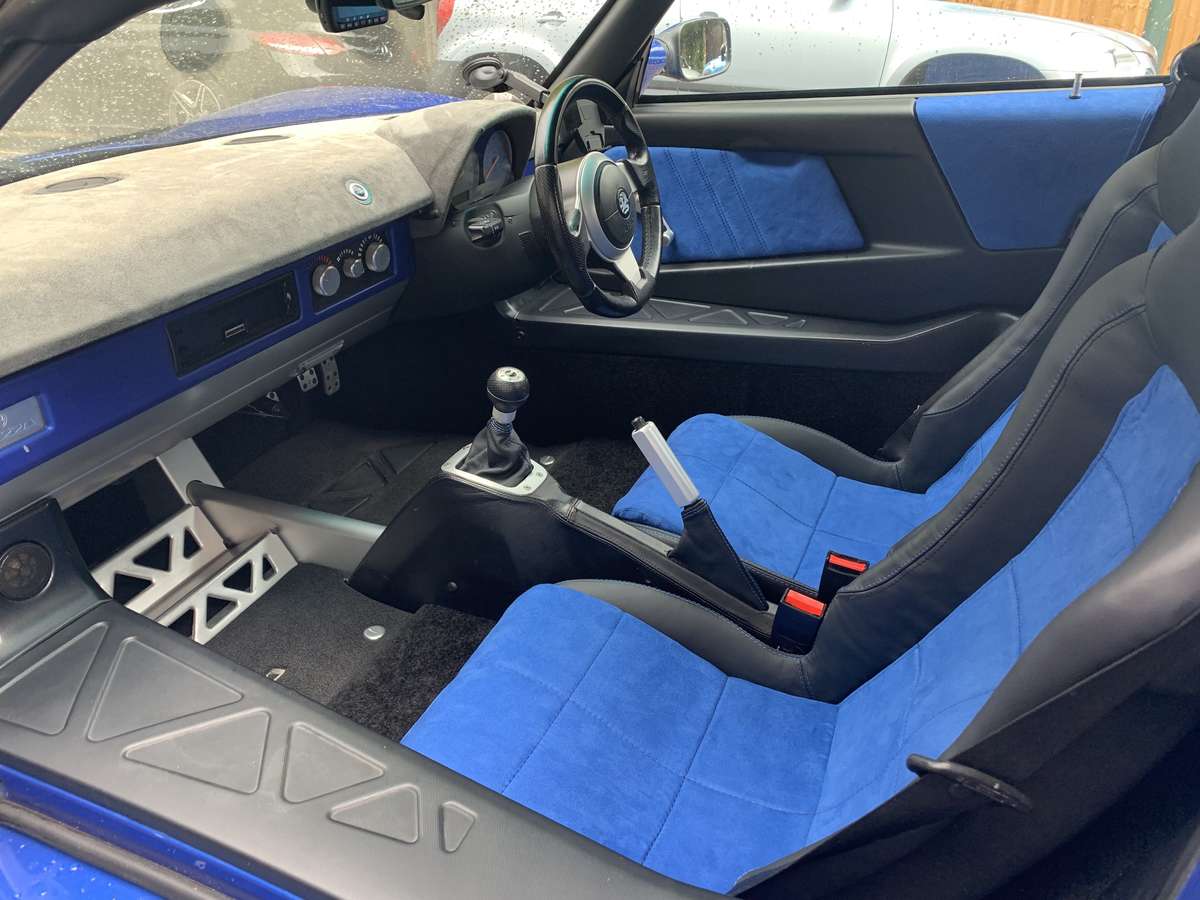 Really changes the dynamic of being in the car, so improved I cannot explain. Very happy. Oh and almost forgot, the most important tinker... 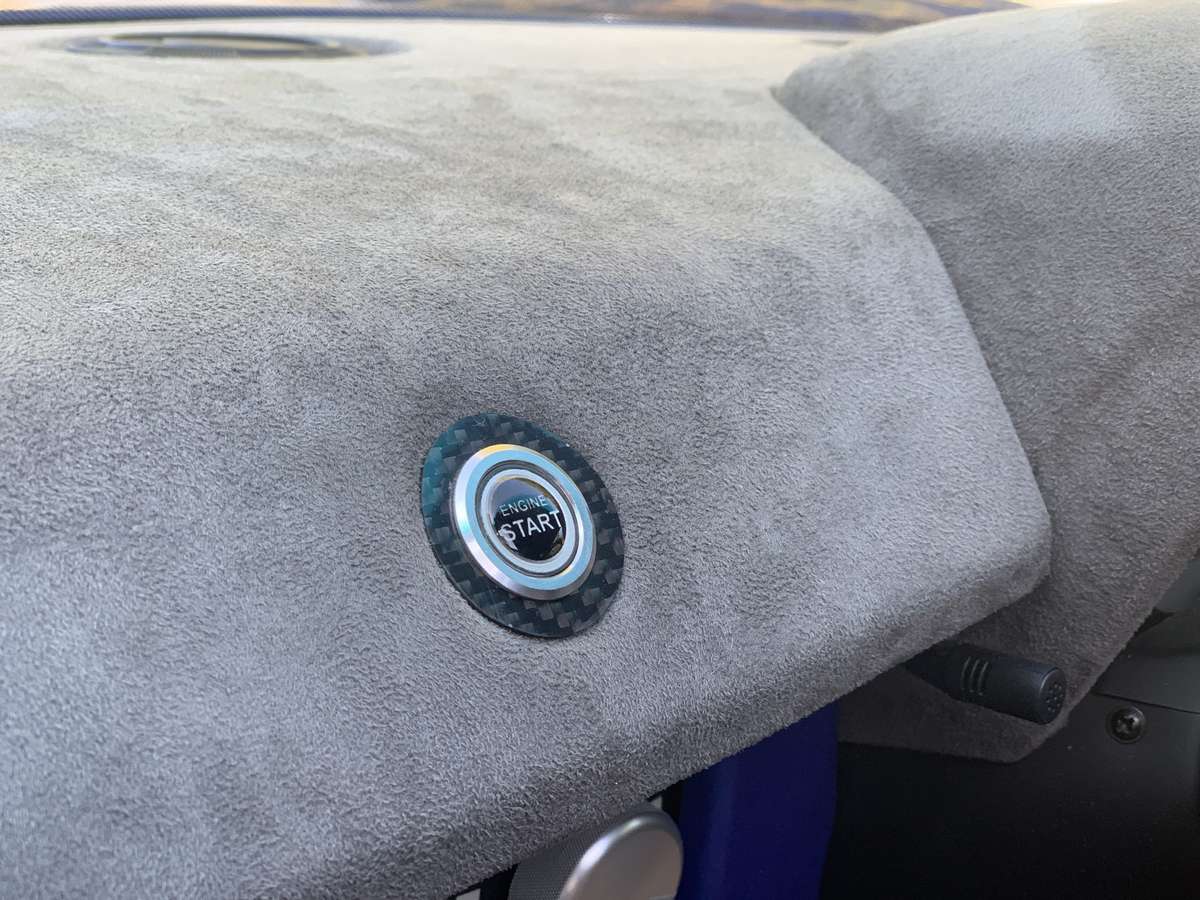 Sent from my Z2_PRO using Tapatalk

Cheers both, will have to see about what comes next, might just use her over winter and see what new tinkers come in the spring!

Thanks Denno, I was mulling it over for about 3 months fair play to Ross who was very patient with me changing my mind multiple times lol

It transforms the interior, with the roof on and the asthmatic heater going it does get quite toasty inside now too!

Car made it into this months edition of Absolute Lotus magazine (out on the 17th Jan I believe), it was a miserable day weather wise at the back end of last year when we did it but great to see 8 fantastic cars put through their paces and very complementary write up by the journo. 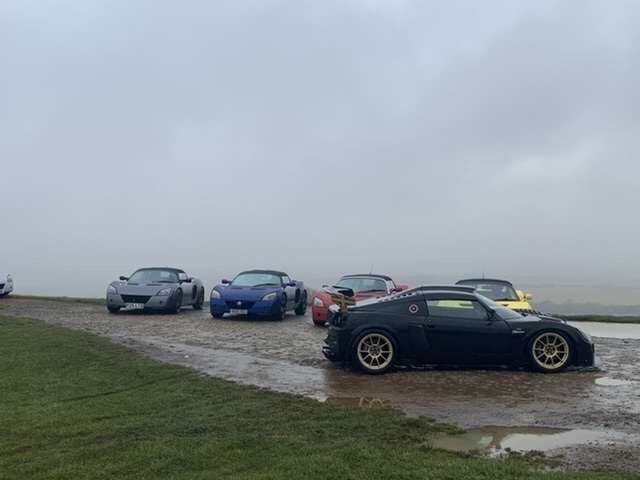 New battery in, wasn't as bad a job as I thought thanks to finding a handle on the old one once we got the washer bottle off. Me and my dad switched the old one out in about 15 mins with all skin intact! The car was going dead in about 2-3 weeks no use and a recon using a CTEK wasn't getting it back into shape, so invested in a 52A Yuasa Silver 5000. The old one was a 42A Halfords battery, so was quite happy to switch them over. Starting the car up for the first time sounded so much better hearing the car turn over so nicely. Good job done.

Where did all your battery leads/wires go, some sort of loom plug that you've detached? Im sure mine looks way more cluttered than that.

mine is the same - rats nest down there with brake servo hose, heater cable, pos battery cable etc

Just pulled it all up and out the way for the photo and cleared out a few leaves etc! Was doing it with my dad so had a spare pair of hands whilst I took the photo!

Heater cable I just detached as it’s right in the way, takes two mins to take off and put back

Well, the plastidip window surround was bubbling badly thanks to the winter so ripped that all off this week. Have a guy lined up to vinyl wrap it for me back to black. The weather has improved so time to do some work on the paint

Clay mitt to pick up the rest

Out came the DA polisher and Scholl Concepts G20 polish, had some new Lake Country pads which worked a treat

...and then relaxed! Outcome was very pleasing 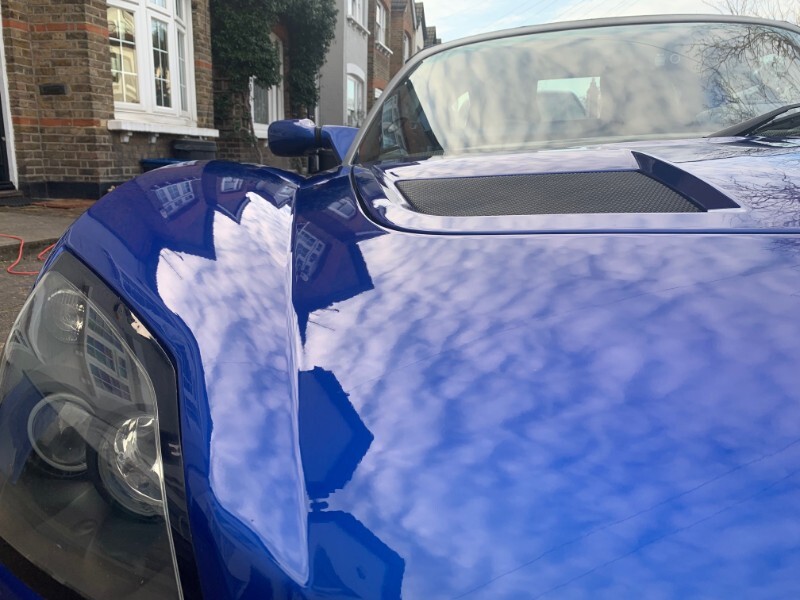 Also saw the fogged indicator lights for sale on FB, but at £400 a set was a little too pricey for my tastes lol so a three quid sheet of flyeye, a hobby knife and a very steady hand and ended up with this, lets see if it stays on!

Tested the indicators and although you get inevitable reduced light through, its probably only down about 25%

Surprised at that silly FP price, as they are astra 4 lights.

Ah so they are! Probably should have just bought those, still end result is roughly the same! Some nice beading appeared on it this morning.

Lined the roof with blue matching alcantara - home made effort, for a bit of a practicality incompetent not a bad job!

Also did the gearbox breather mod, £10 in parts and 10 minutes to install, fantastic!